Yegua-yeta-yuta is an evolving solo performance by Azpilicueta that is part scripted, part improvised. Composed from a litany of hundreds of pejorative, abusive, and vulgar insults directed at women in Argentina, it transforms the everyday language of misogyny and harassment into a kind of tragicomic exorcism. Many of the words derive from the street slang of Buenos Aires, especially lunfardo, a colloquial and cryptic dialect that first arose among working-class Italian-immigrants and tango communities in Argentina and Uruguay during the late 1800s. For example, yegua literally means a mare – a female horse, a slur for a “difficult” woman. A yeta is a person who brings bad luck, while a yuta refers to the police or someone corrupted or unscrupulous. Accompanied by a percussive beat, Azpilicueta reclaims the power to offend, distorting and distending the epithets into something powerful and playful rather than weak and degrading.

Yegua-yeta-yuta installation comprises a sound piece of Azpilicueta’s voice reciting the list of misogynist insults as in the homonymous performance and a series of natural linen and silk textiles embroidered with some of the voiced offenses. When listening to the audio piece, one notices how the harsh meaning of the words contrast with their subtle materiality of the embroidering act, a technique often associated with minor arts and female labour.

Yegua-yeta-yuta has been performed at Club Kaiku, Helsinki on September 13th, 2019 – Curated by Latitudes [Mariana Cánepa Luna & Max Andrews] as part of their participation in the festival “TODAY IS OUR TOMORROW” initiated by PUBLICS; at Museo Jumex, Mexico City on June 9th 2018 as part of the project “Los efectos de la presión y la súbita expulsión” organized by Galería Hilario Galguera; at MACBA –Museu d’Art Contemporani de Barcelona – on May 4th 2018, curated by Pablo Martinez and Soledad Gutierrez as part of the public program “Idiorritmias”; at MUSEION Museum of Modern and Contemporary Art of Bolzano on May 24th 2018, curated by Simone Frangi as part of the group show “Somatechnics”; at Centro de Arte 2 de Mayo (CA2M), Móstoles on July 2nd 2017, curated by Maria Eguizabal as part of their public program “PICNIC SESSIONS”; and at the ‘occupied Maagdenhuis’ – University of Amsterdam on March 11th, 2015, as part of “Act 1 – Scene 7” organized by the Studium Generale Rietveld Academie. 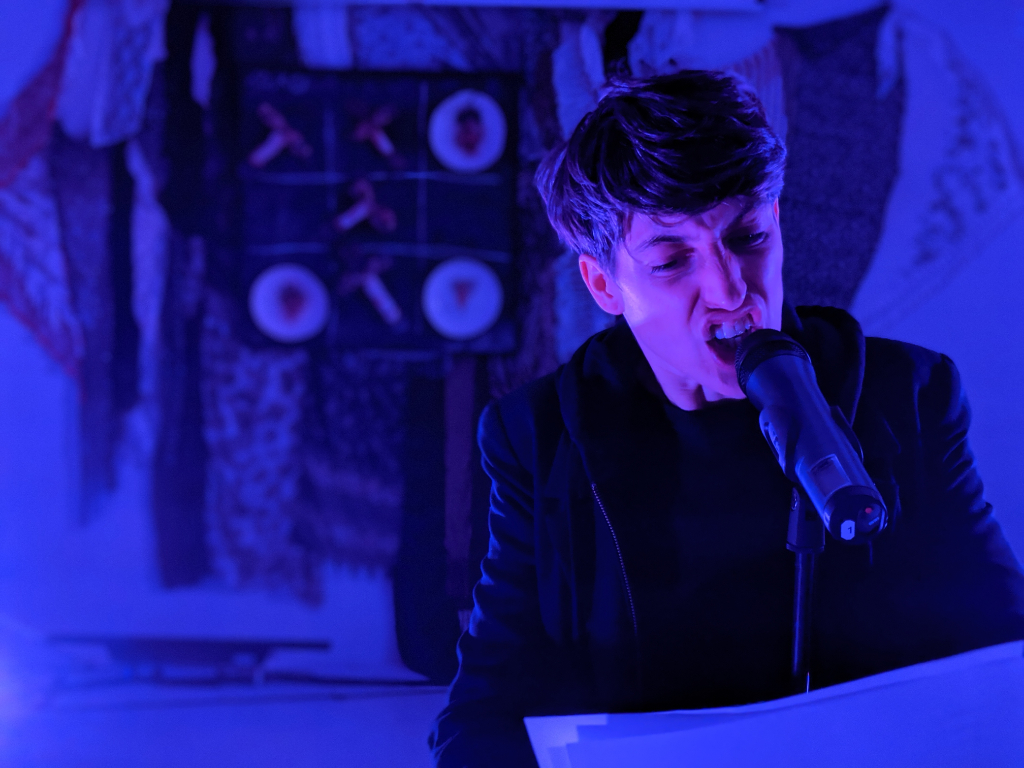 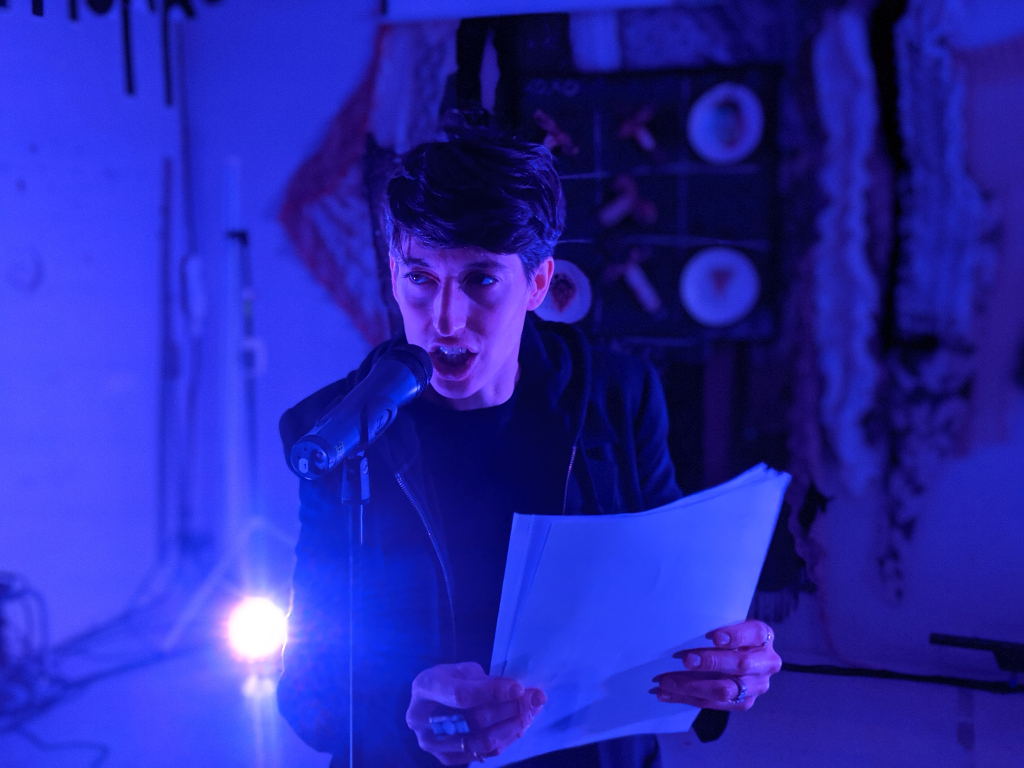 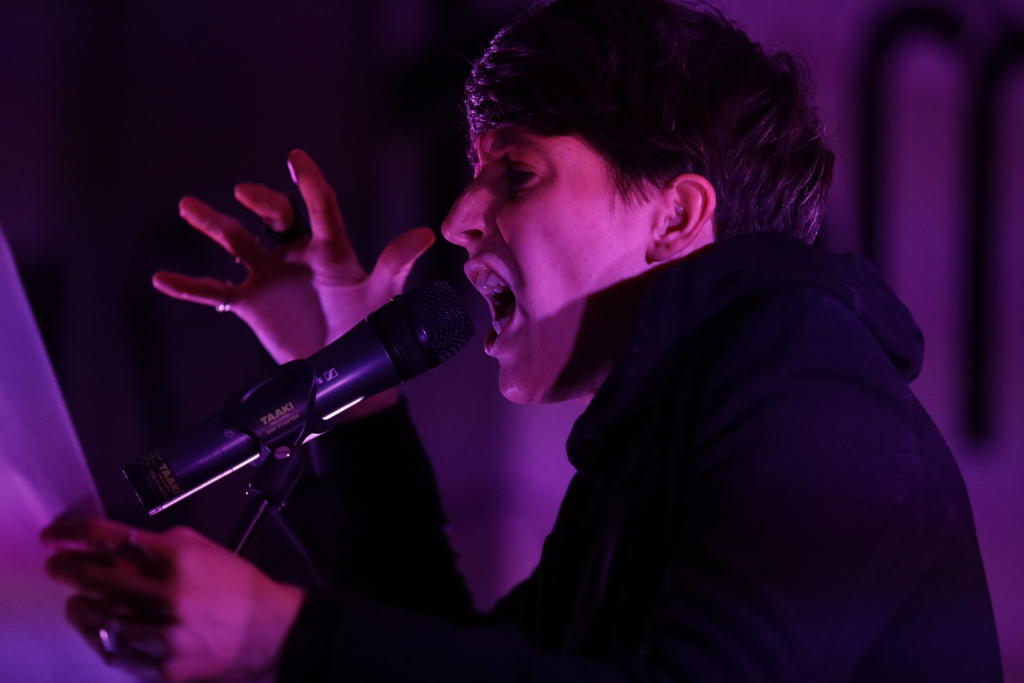 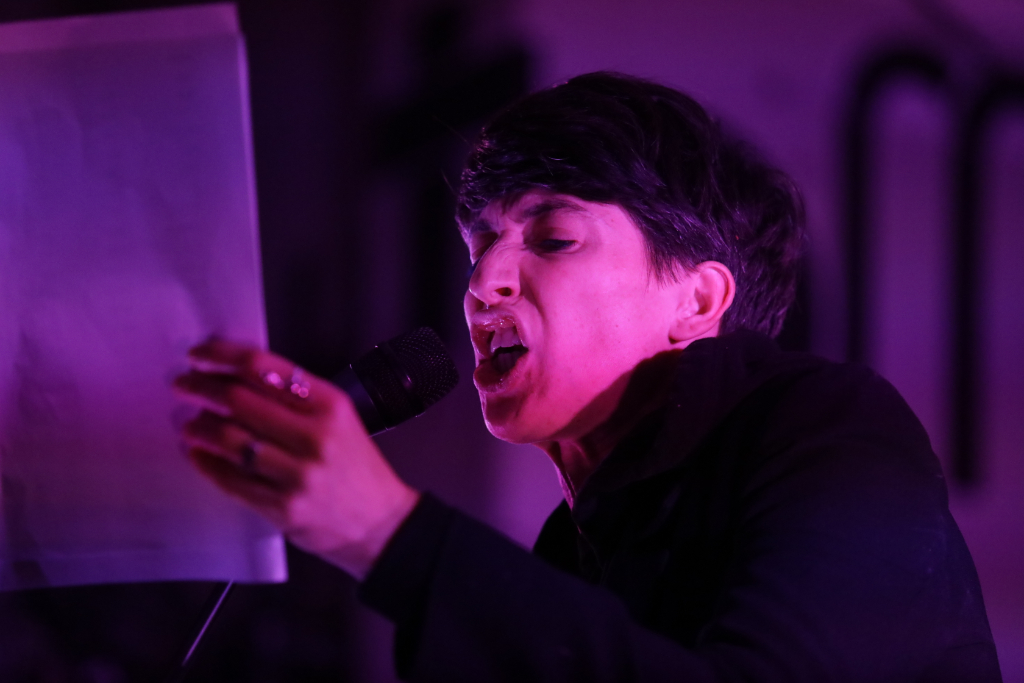 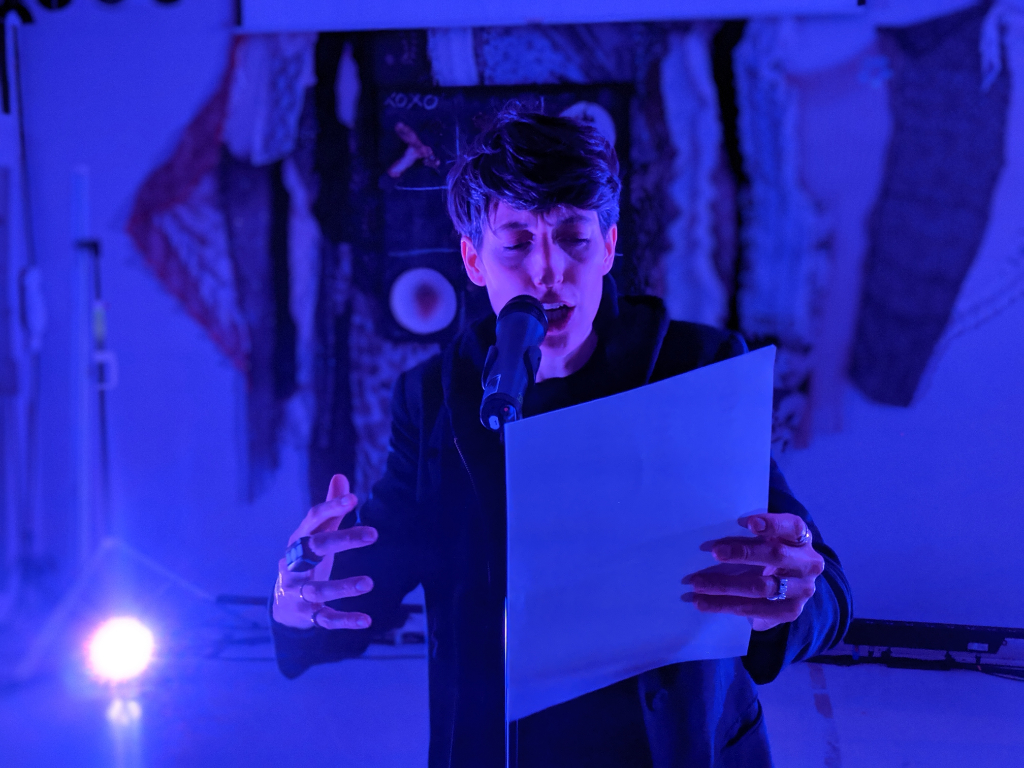 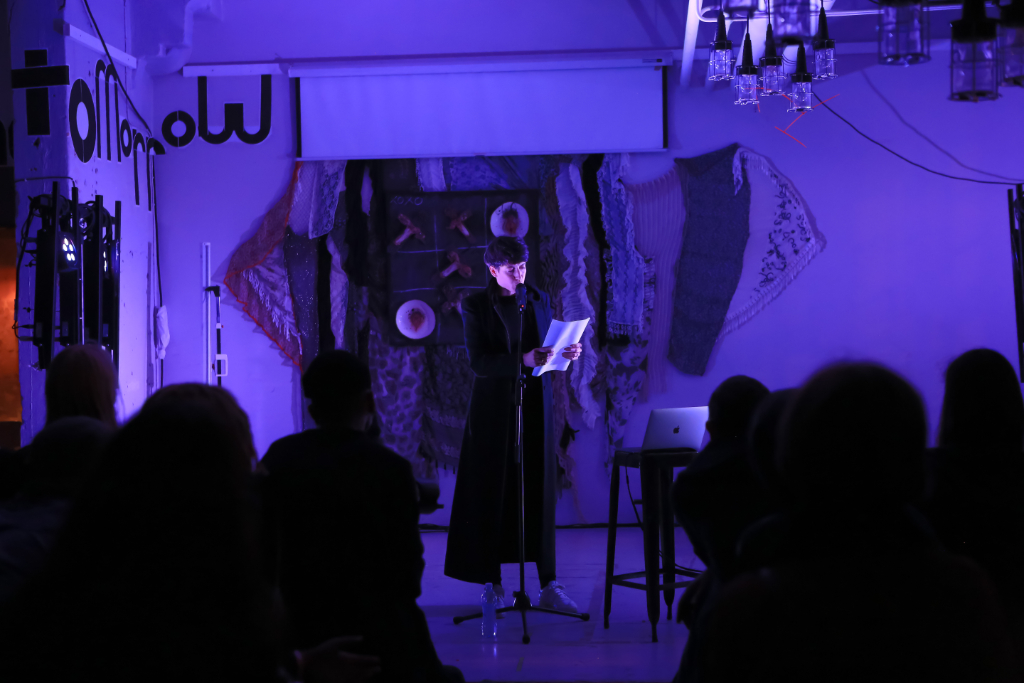 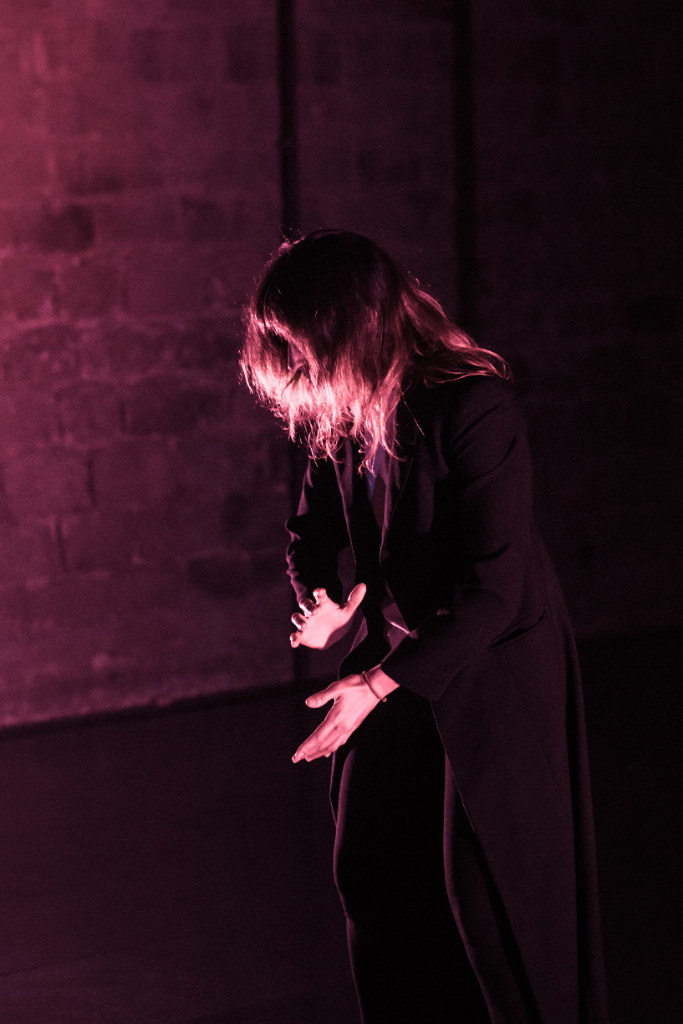 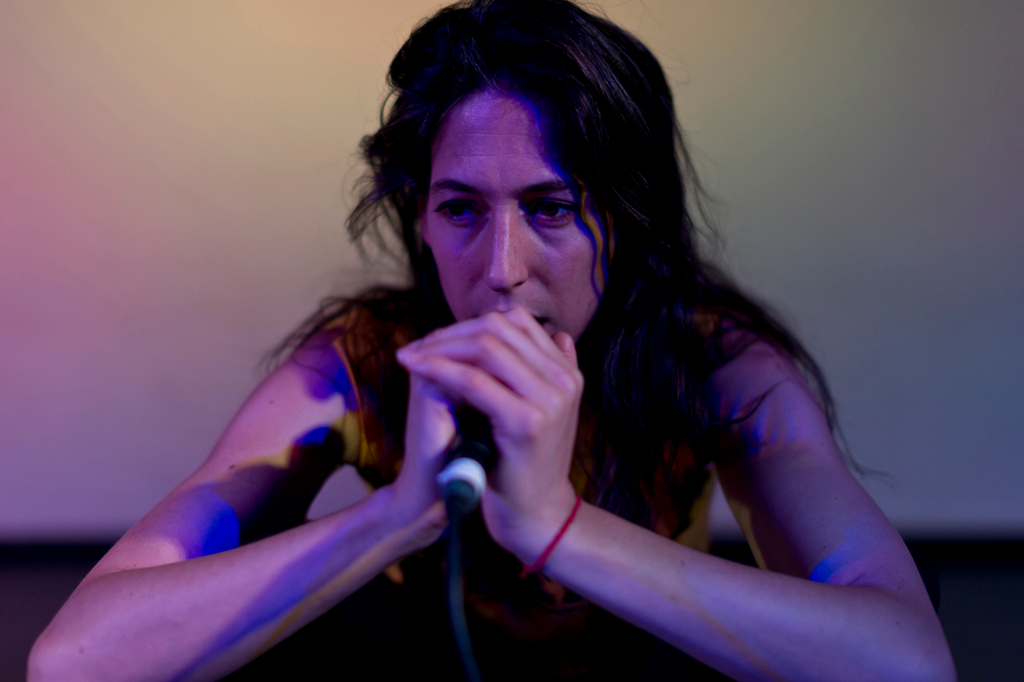 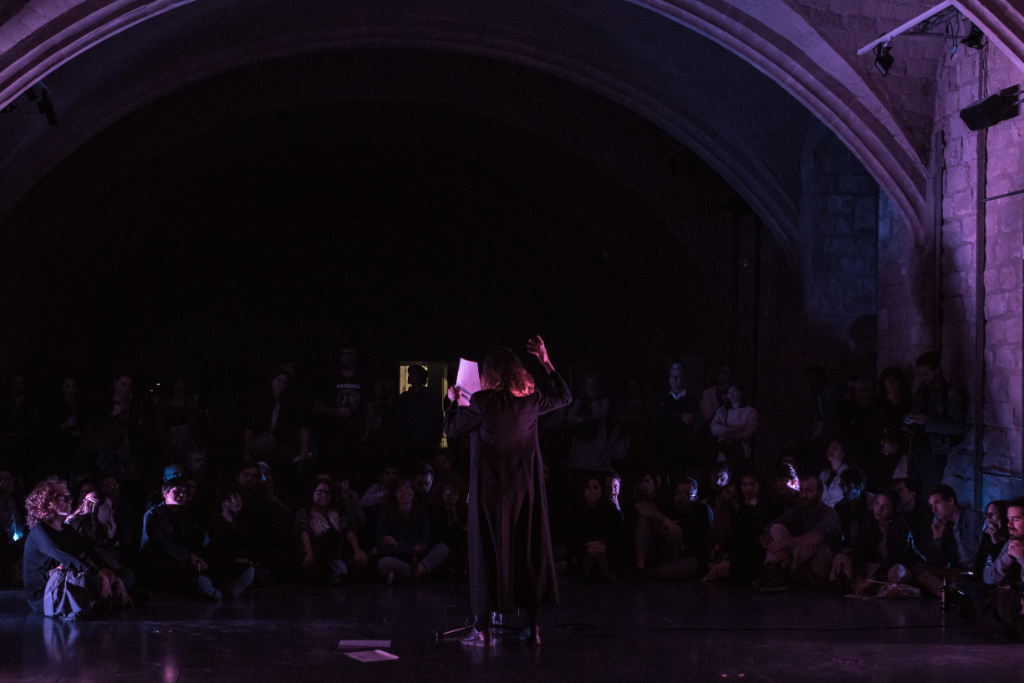 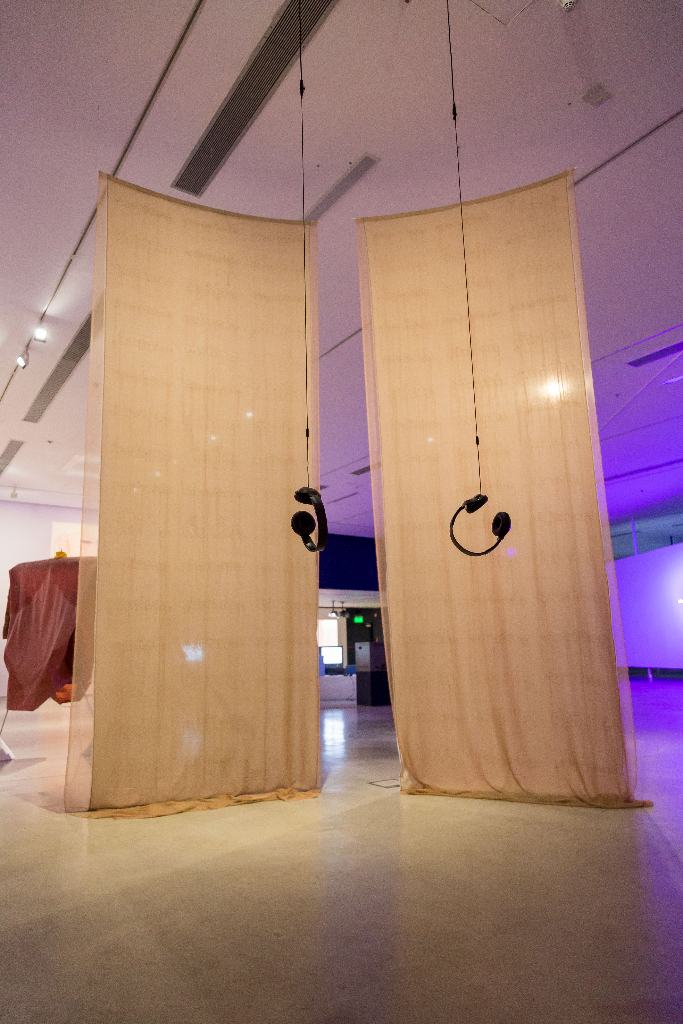 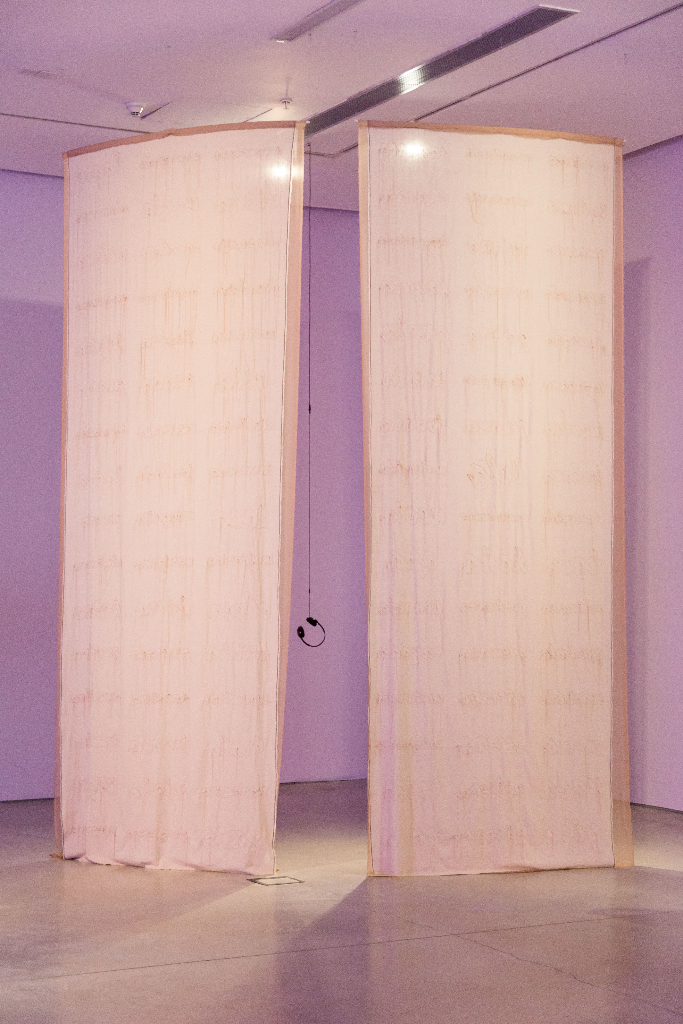 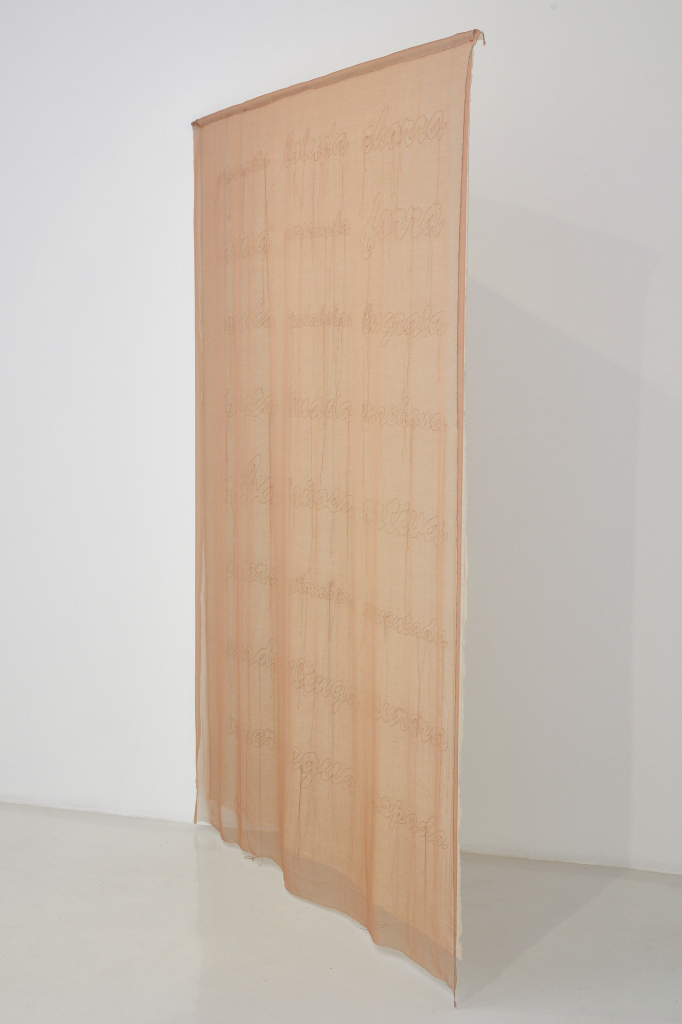 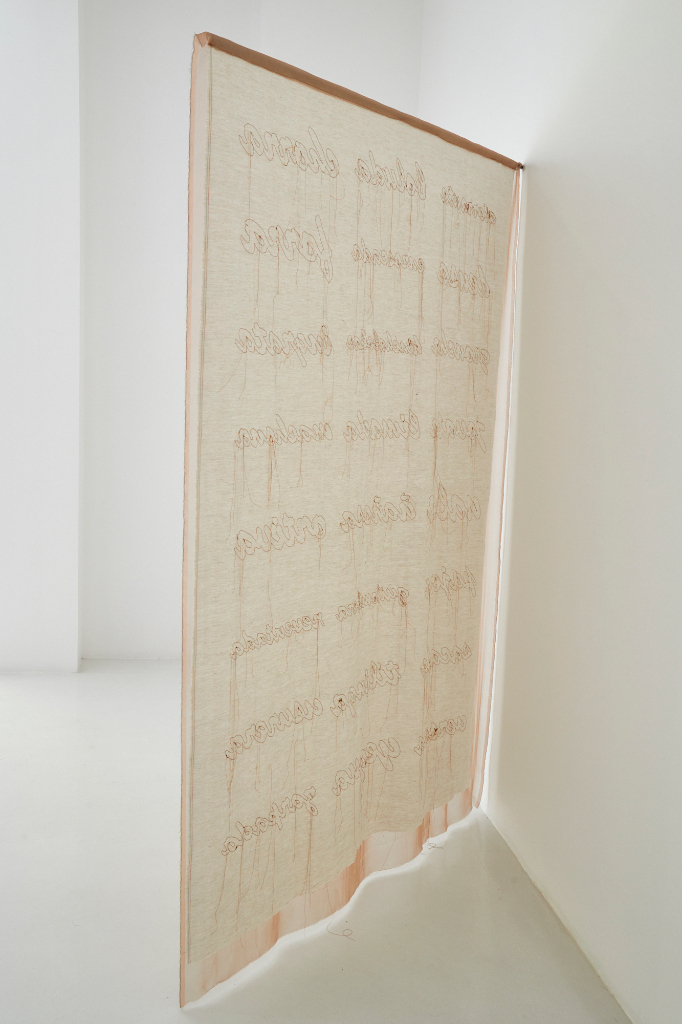 Stitched insults in Castellano Rioplatense addressed to women in Argentina.