Bestiare of Tonguelets at the exhibition A Fleshly School of Poetry curated by Daniela Brunand and Christain Falsnaes at D21 Kunstraum Leipzig. 12 April – 21 May, 2018.

A Fleshly School of Poetry brings together different approaches to the non-objective phenomena of the body, which is not conceived just as an object of desire neither is mean to be perceived as such. On the contrary, AFSOP focuses on the body as a complex reversible being that is able to sense and to be sensed, to see and to be seen, to touch and to be touched, to hear and to be listened to, to think and to be thought. (Merleau Ponty, 1964) This means a body with affects that expressively rejects any/all/every division between flesh and soul, body and spirit. Hence AFSOF stands against the conception of the body as a representation of canonical proportions, as just an image –a type of object– since it oversimplifies our richest mode of existence and it leads to obsessions such as the compulsive depiction of naked women, which has turned into a genre itself: female nude.

The title refers to a critique that was published by Robert Buchanan against a group of artists that were part of the Pre-Raphaelite Brotherhood. The attack addressed the fleshliness, the excessive sensuality, corrupt morality and the dirty, morbid nature of their works as the cancer of all society that would shoot its ulcerous roots deeper and deeper. (Buchanan 1872)

The proposal for the exhibition, far from pretending a direct connection with the Pre-Raphaelites, seeks to shake and refresh the dispute contained in that critique and update it to a present in which the post-modern vindication of the body has turned it into a fetish deprived of affects. We take this old disparaging title as initial frame for a reflection about the concept of Flesh, as well as to give historical perspective to a topic that has been intensely discussed since the modern era.

Azpilicueta, Just, Ünal Yilmaz, Mulleady, Curnier Jardin andAnna KE & Florian Meisenberg formulate proposals for a non-fetishistic approach to the body and a non-idealistic conception of thinking, aiming for a Spinozian notion of both as part of a unity. AFSOP proposes the spectators the exercise of approaching the exhibition as sensible sentient bodies, as reversible beings aware of the fact that every vision takes place somewhere in the tactile space and that every movement of our eyes has its place in the same visible universe that we explore with them.

One hour before the opening time, Mercedes Azpilicueta offered a performance entitled Aula for reversing bodiesto a pre-registered group of fourteen participants. 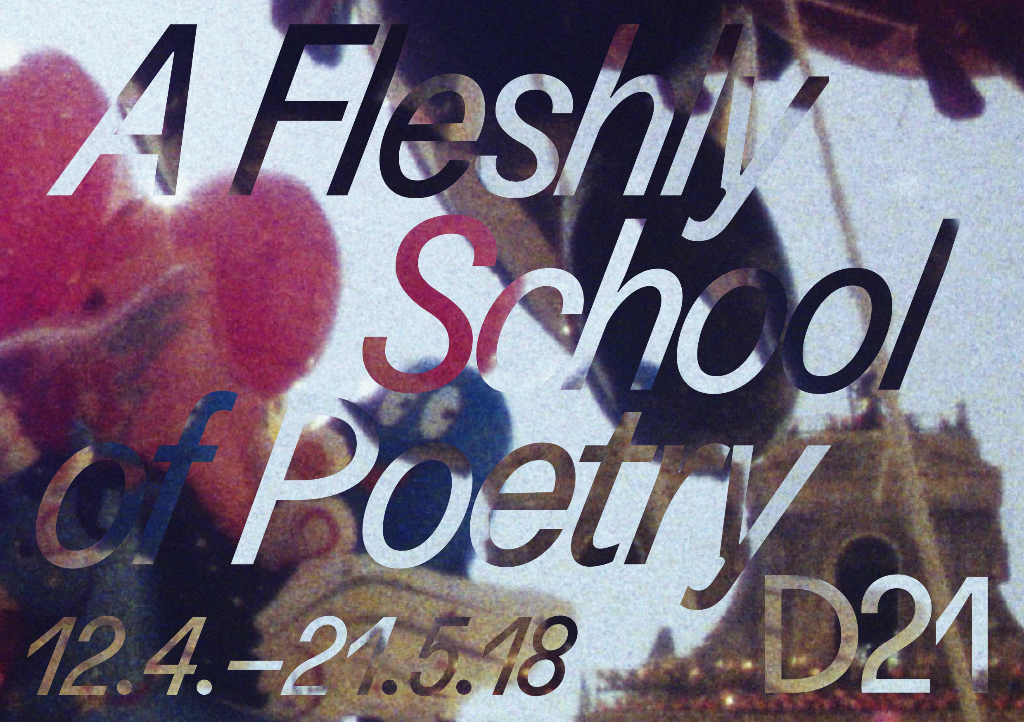 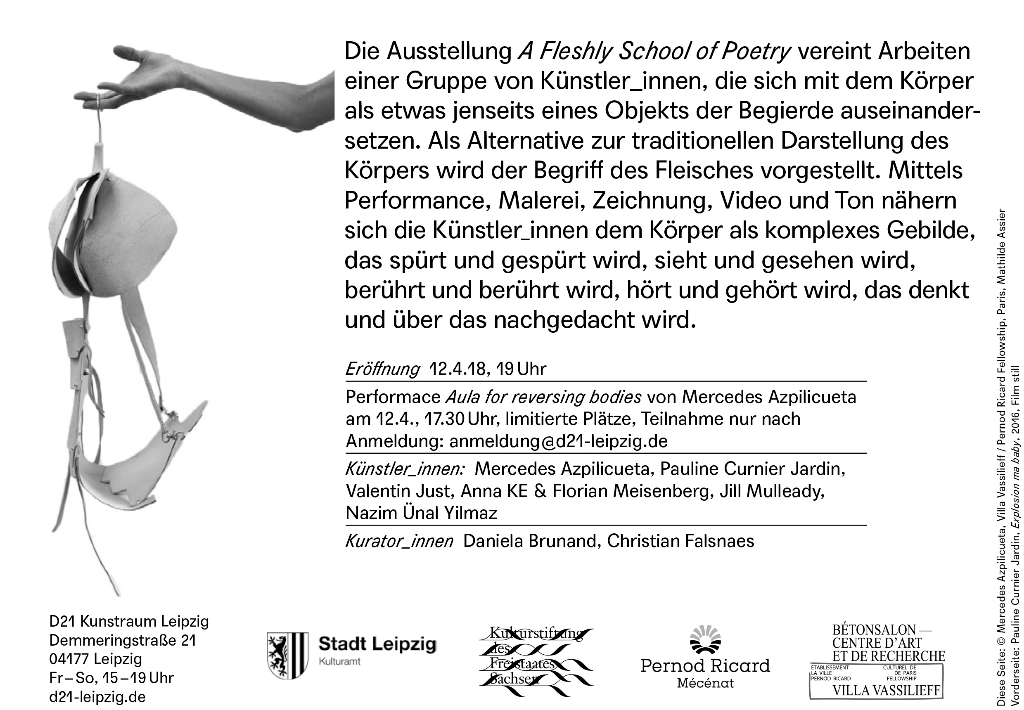