“I think of some- thing in the middle of either/or, something impure, something or some- one mestizo, as both separated, curdled, and resisting in its curdled state.”

Molecular Love is a long-term project by Argentinian artist Mercedes Azpilicueta which began in 2016 at the Rijksakademie van Beelden Kunsten in Amsterdam. It traces an evolving score written by the artist and materialised into a performative installation. Since the beginning (act 1), the score has been fed by several shifting collaborations and rehearsals with dancers and singers.  The second act evolved as a textile and performative installation at Lundskonstahall in June 2020.

The third act of Molecular Love (a Mestizo act) continues to define and shape its multiple body fed by migrating organic matter, taking this time as a starting point the work of Maria Lugones on multiplicity and mestizaje.

The exhibition space is inhabited by a group of bodies in constant interaction with moving costumes, décors, video and sounds, visual scores, drawings and wall texts. These fleeing bodies shape reciprocal and affective relationships, yolking and conjugating together across scale, speed, synchronicities and complexities.

The bodies are no longer singular self-defined agents but erratic curdled compositions of multiple elements expanding and contracting. A loose methodology brings to the performance contingency and makes room for improvisation, association and more playfulness starting from sensing and understanding the other through non-rational relations.

Molecular Love seeks new encounters, forms alliances and creates assemblages while considering the micropolitics of corresponding affect and curiosity. It is a rehearsal of remembrance and commemoration; an attempt to actively reprise, revive and recuperate an unstable landscape of emulsion. 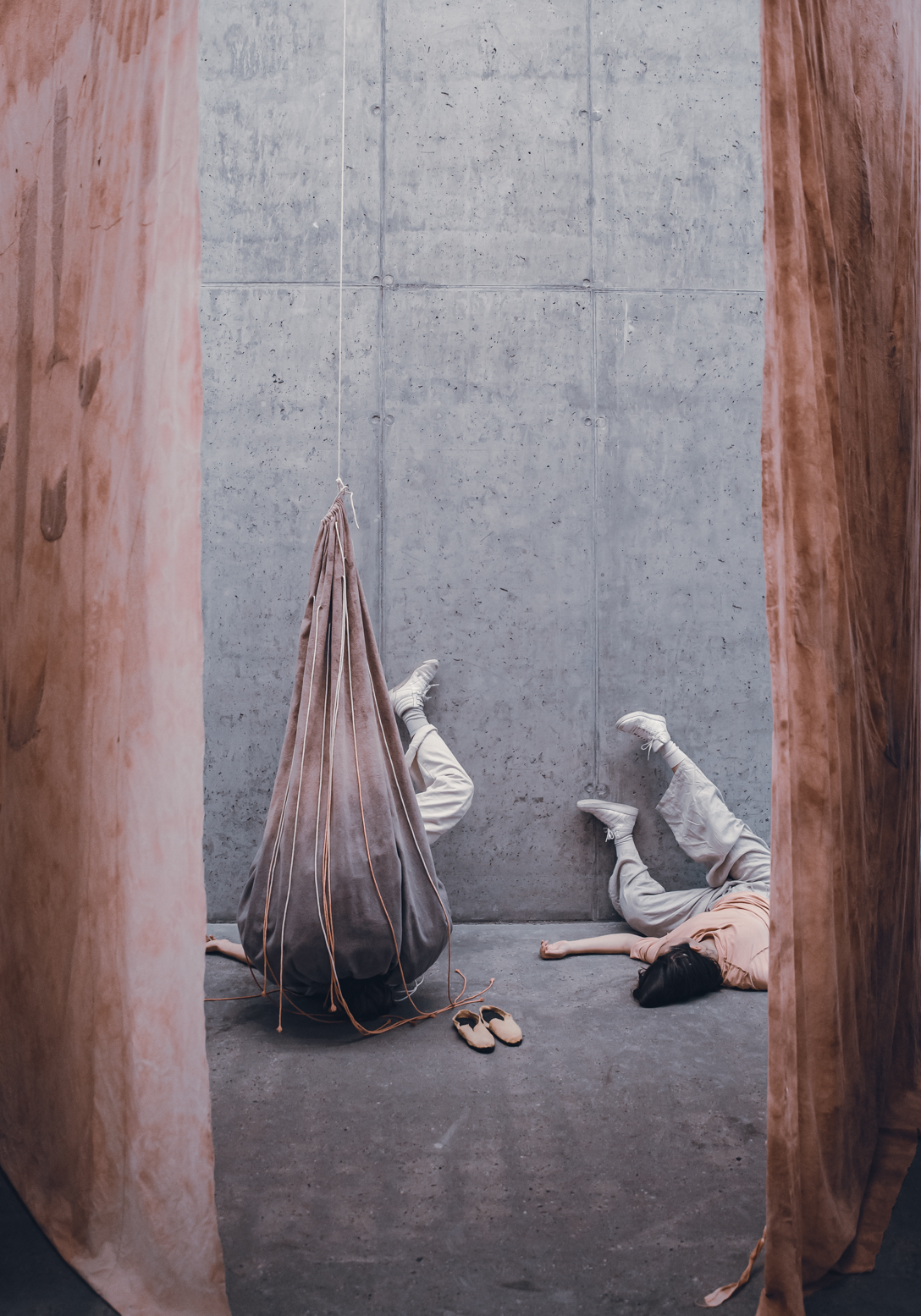 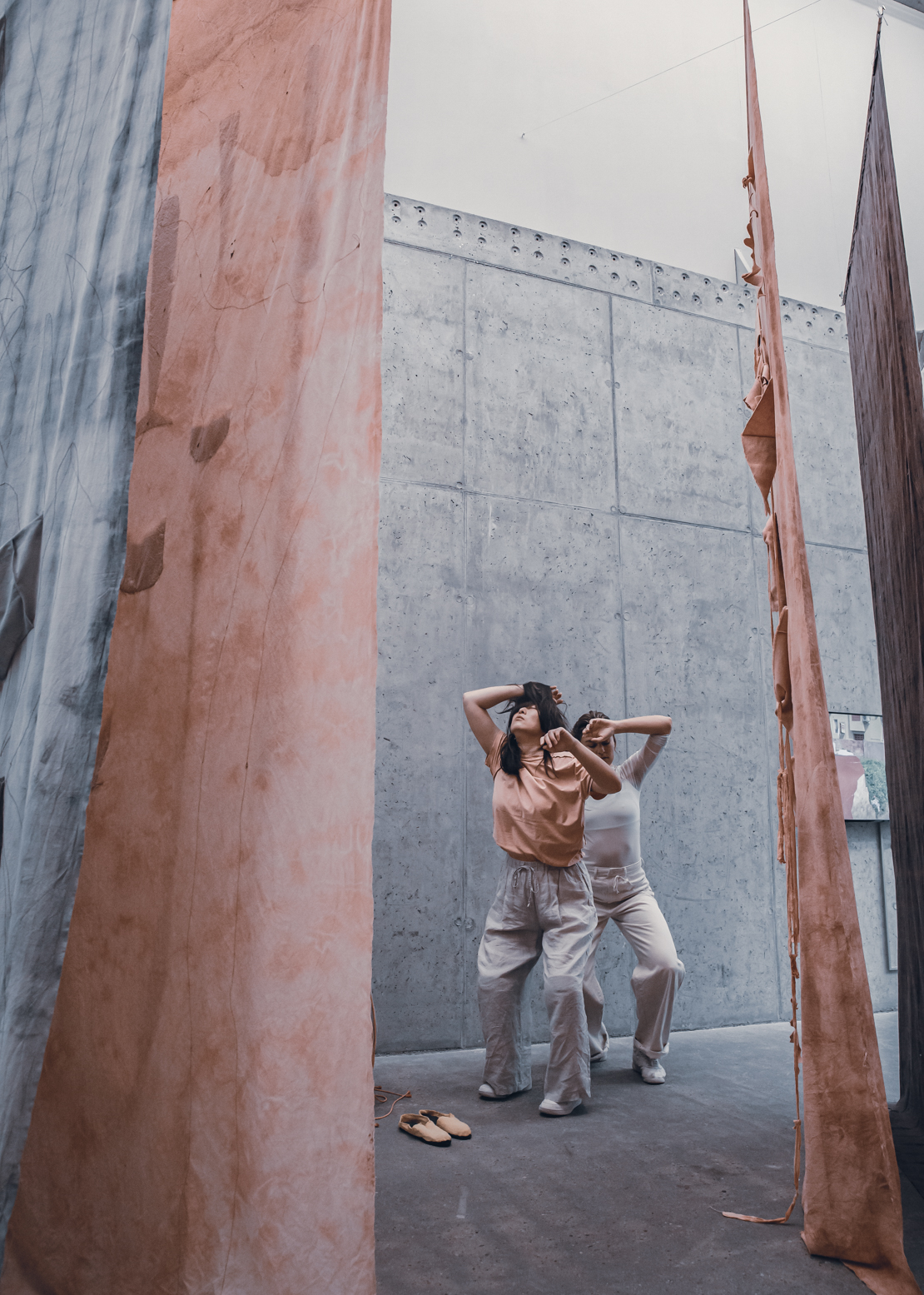 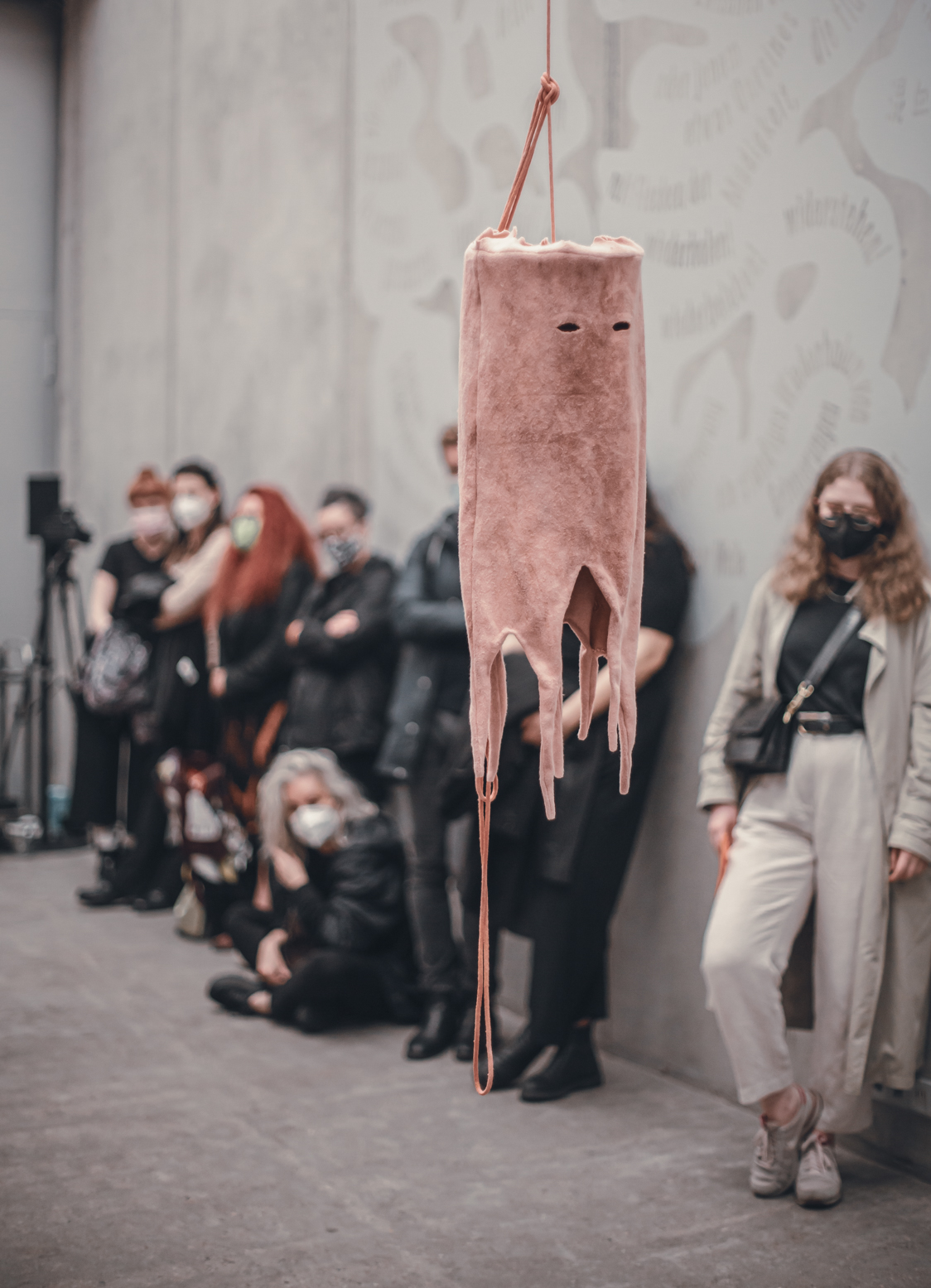 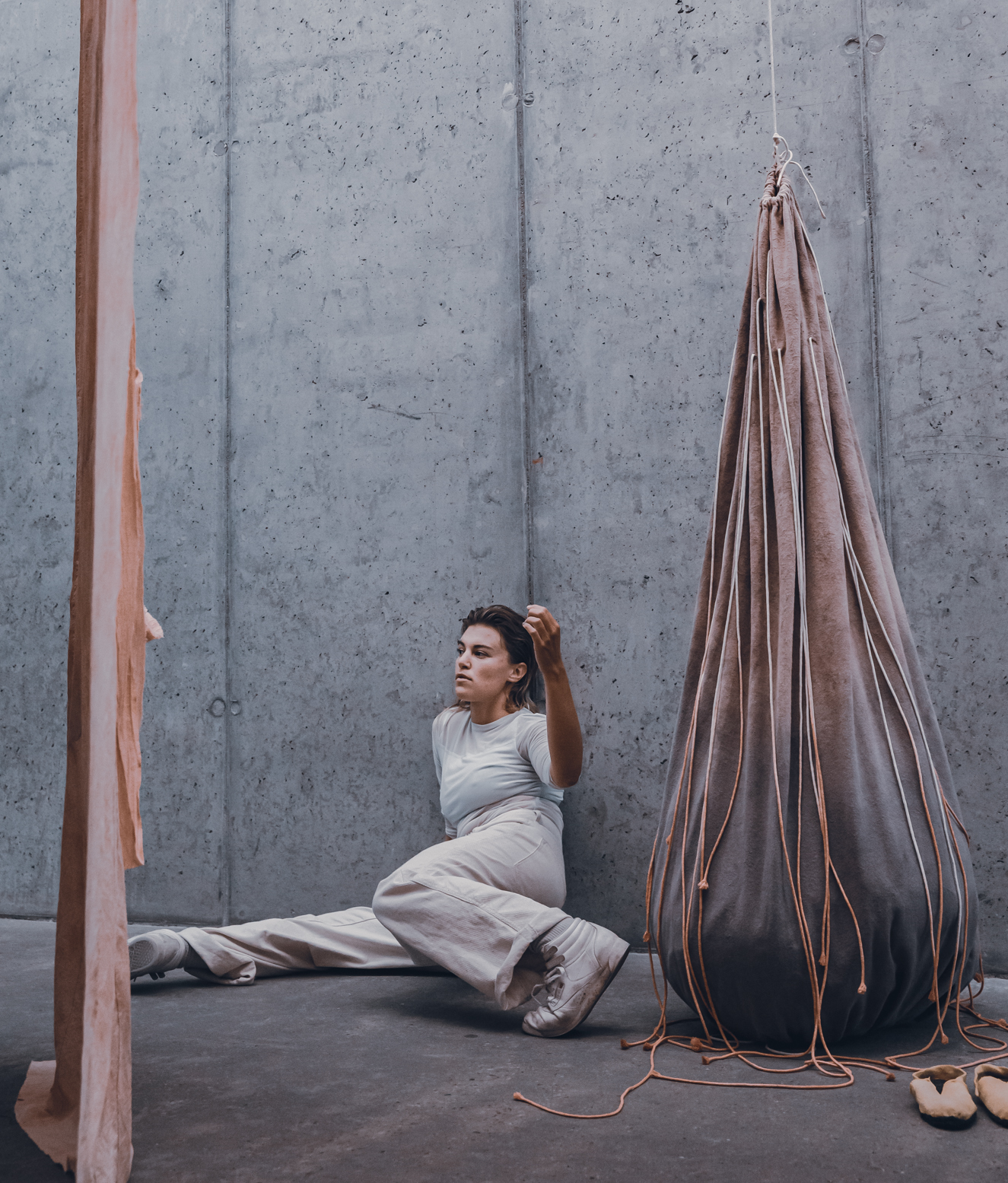 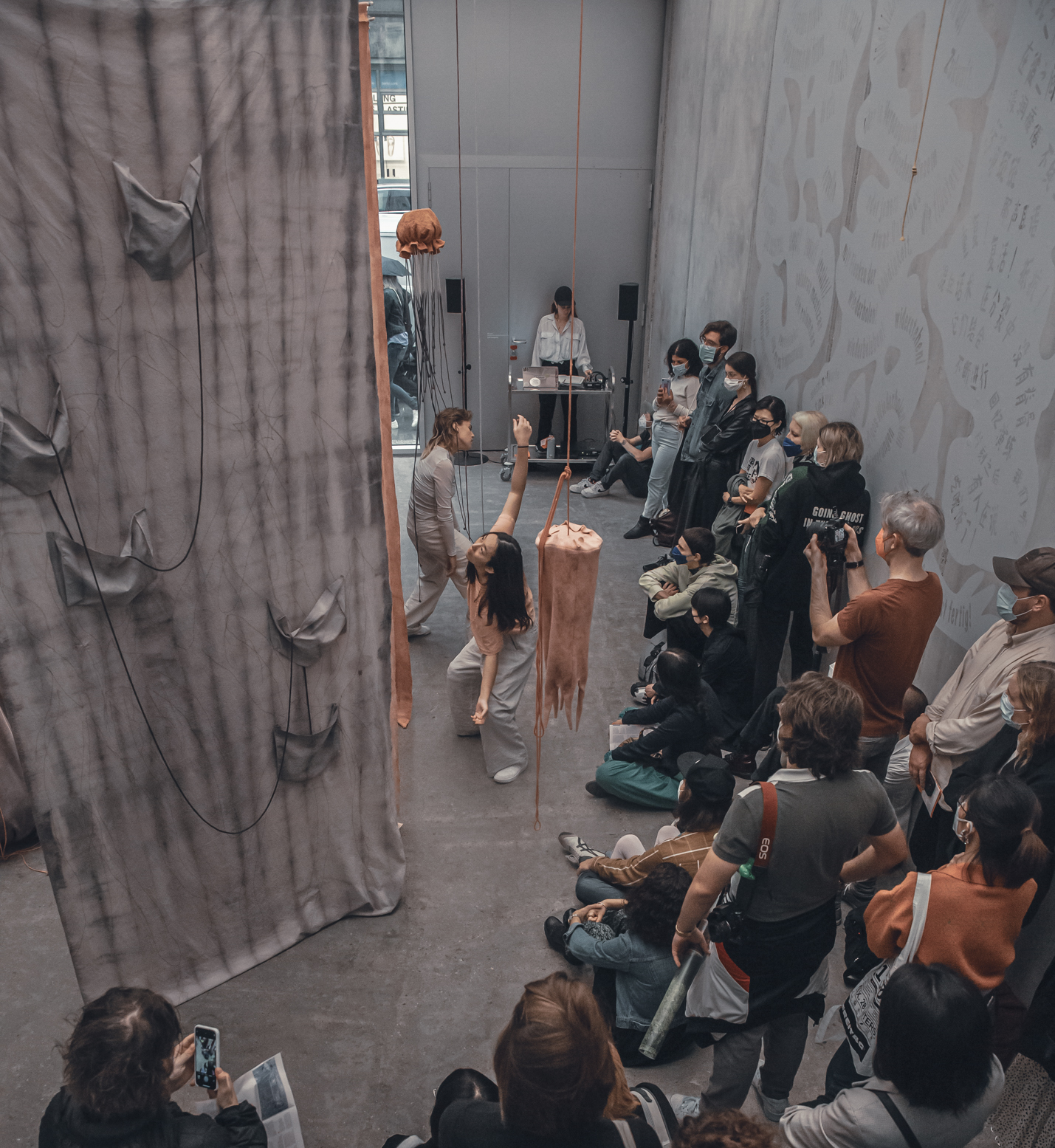 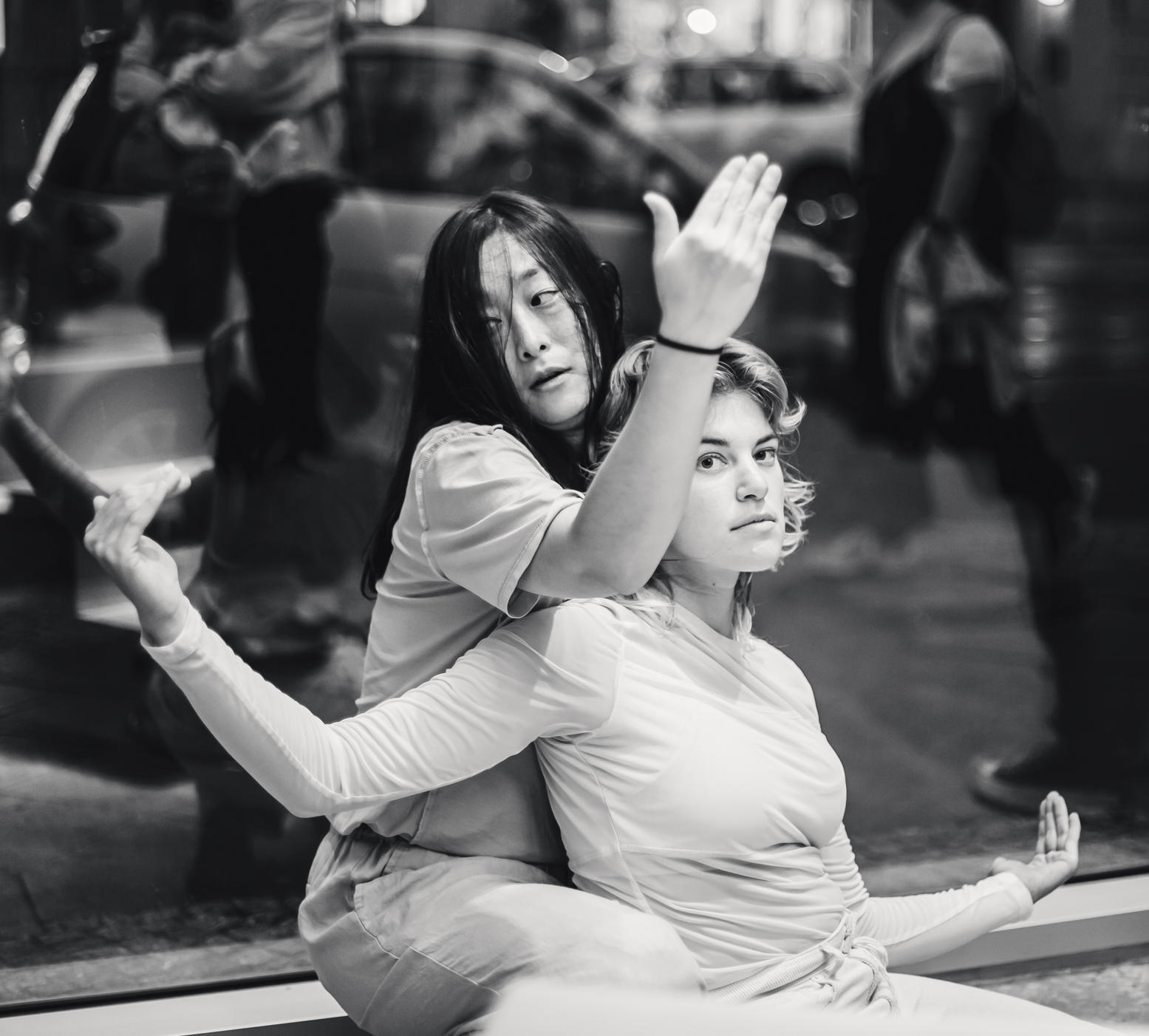 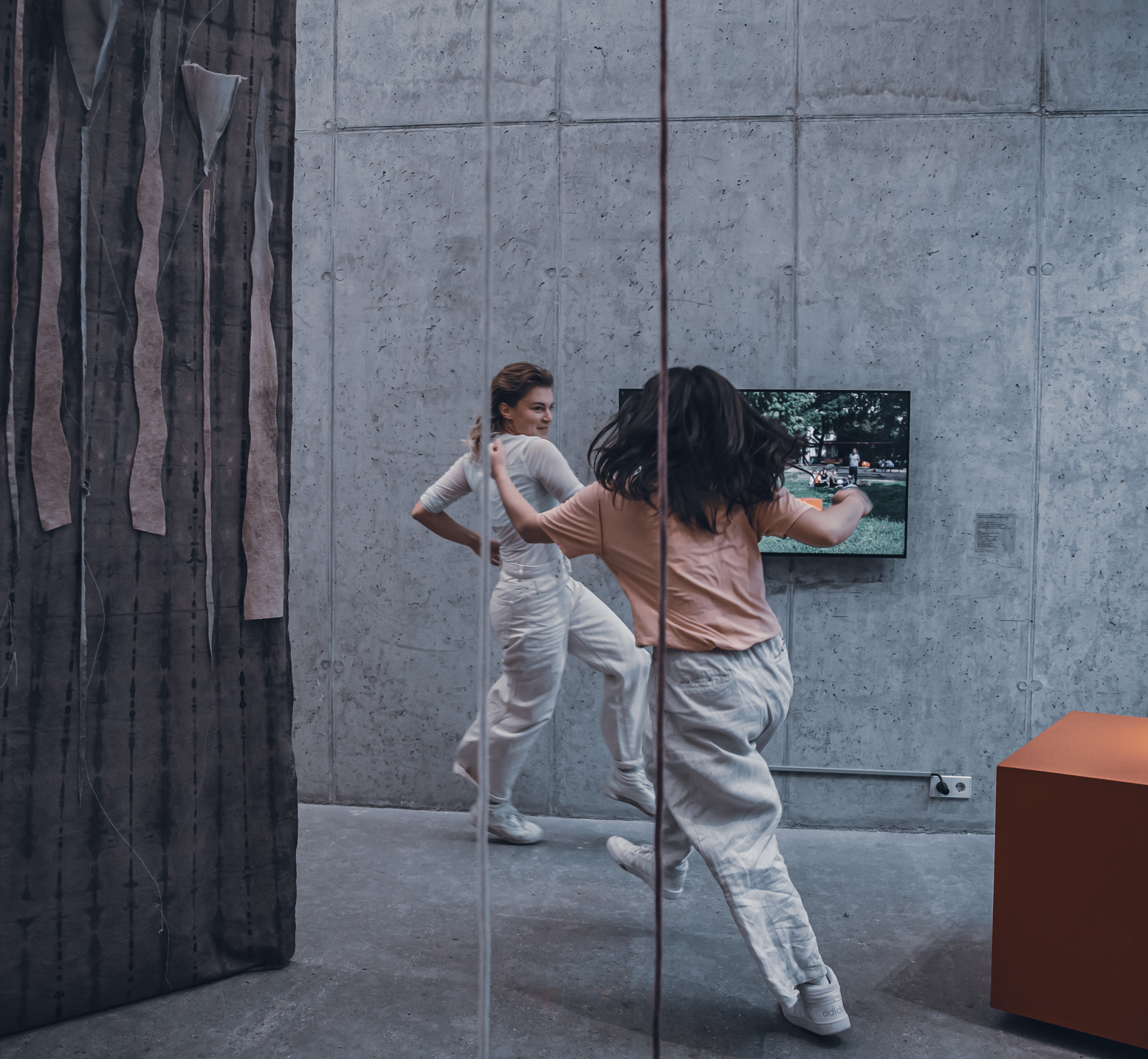 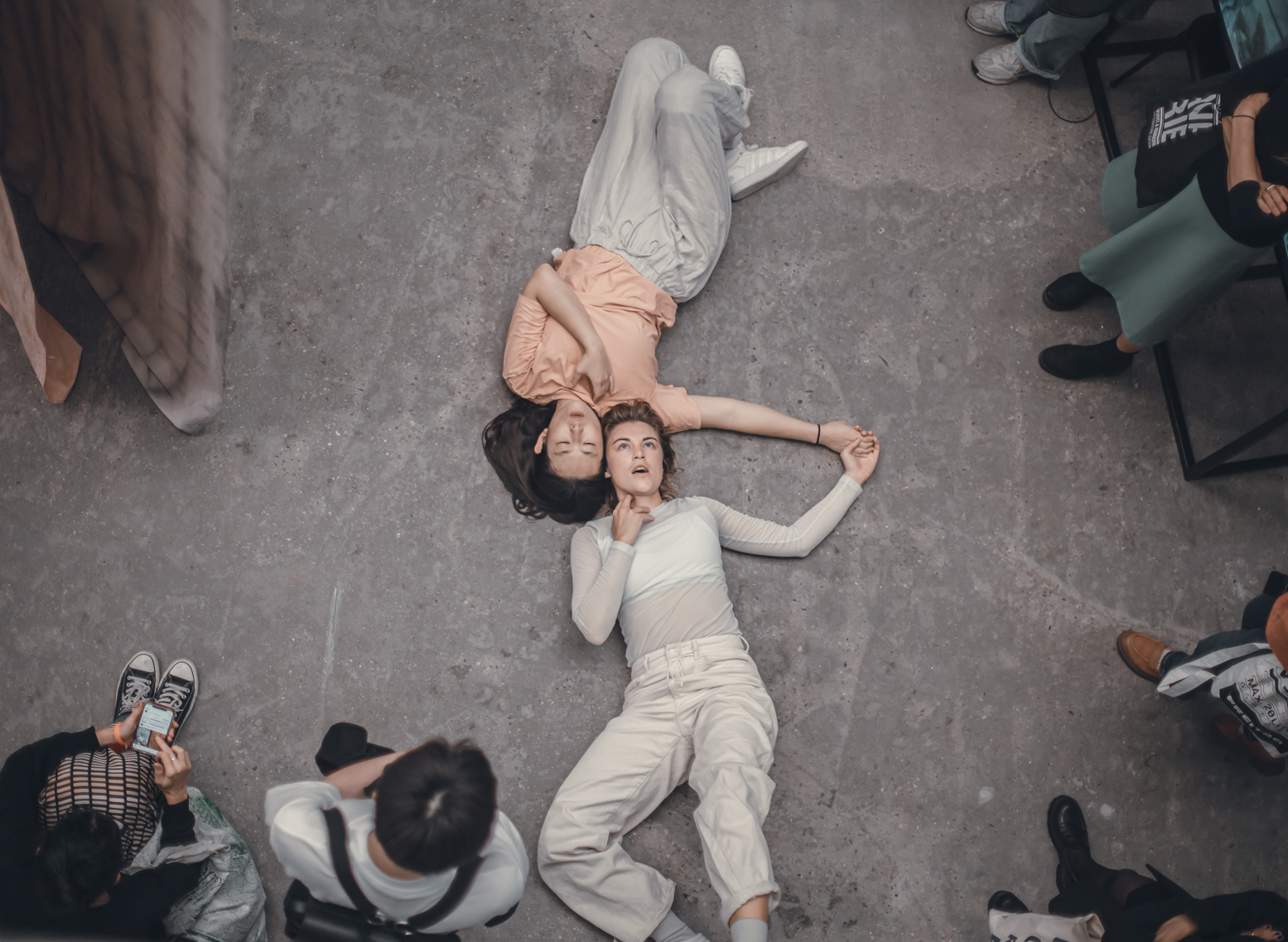 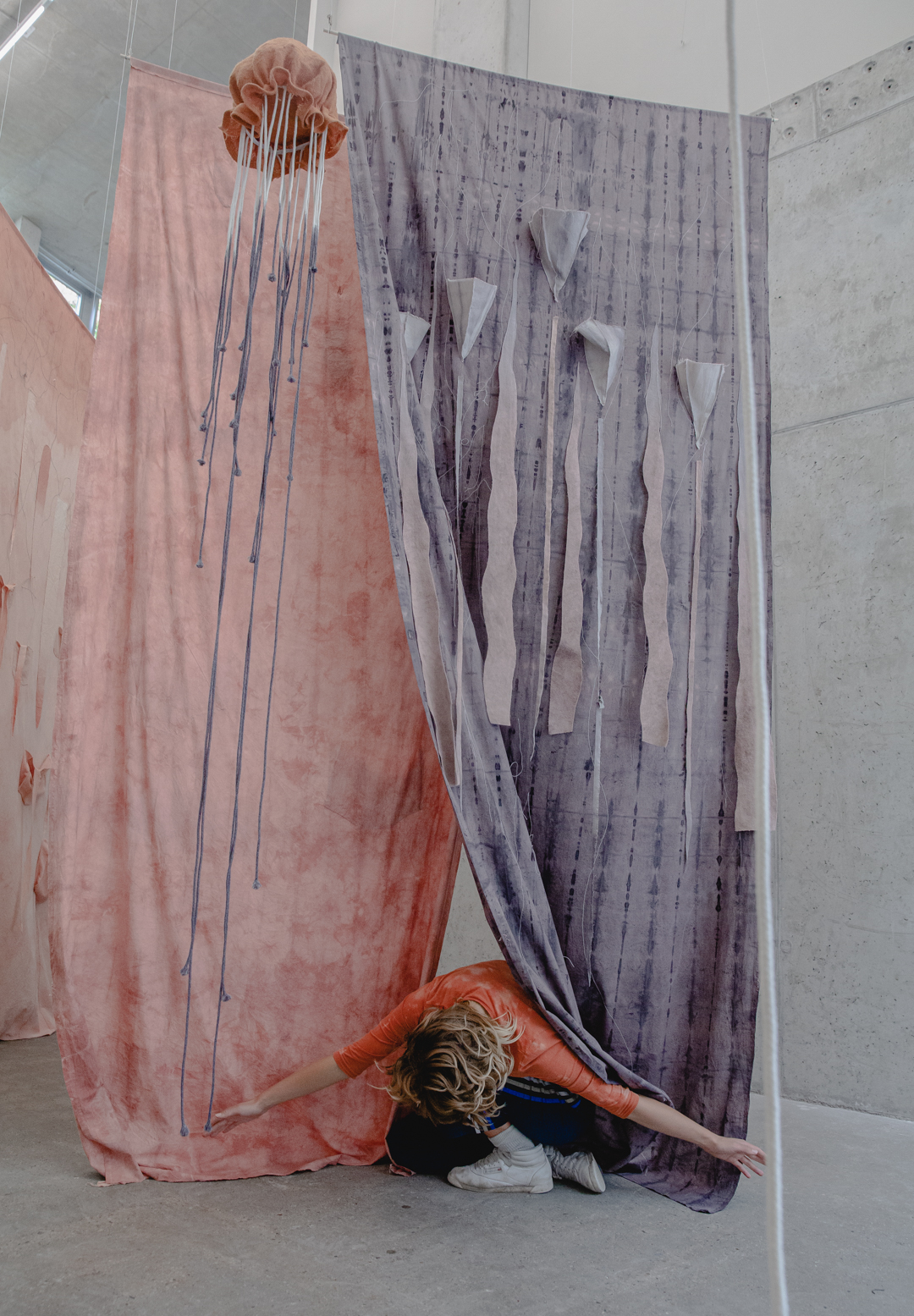 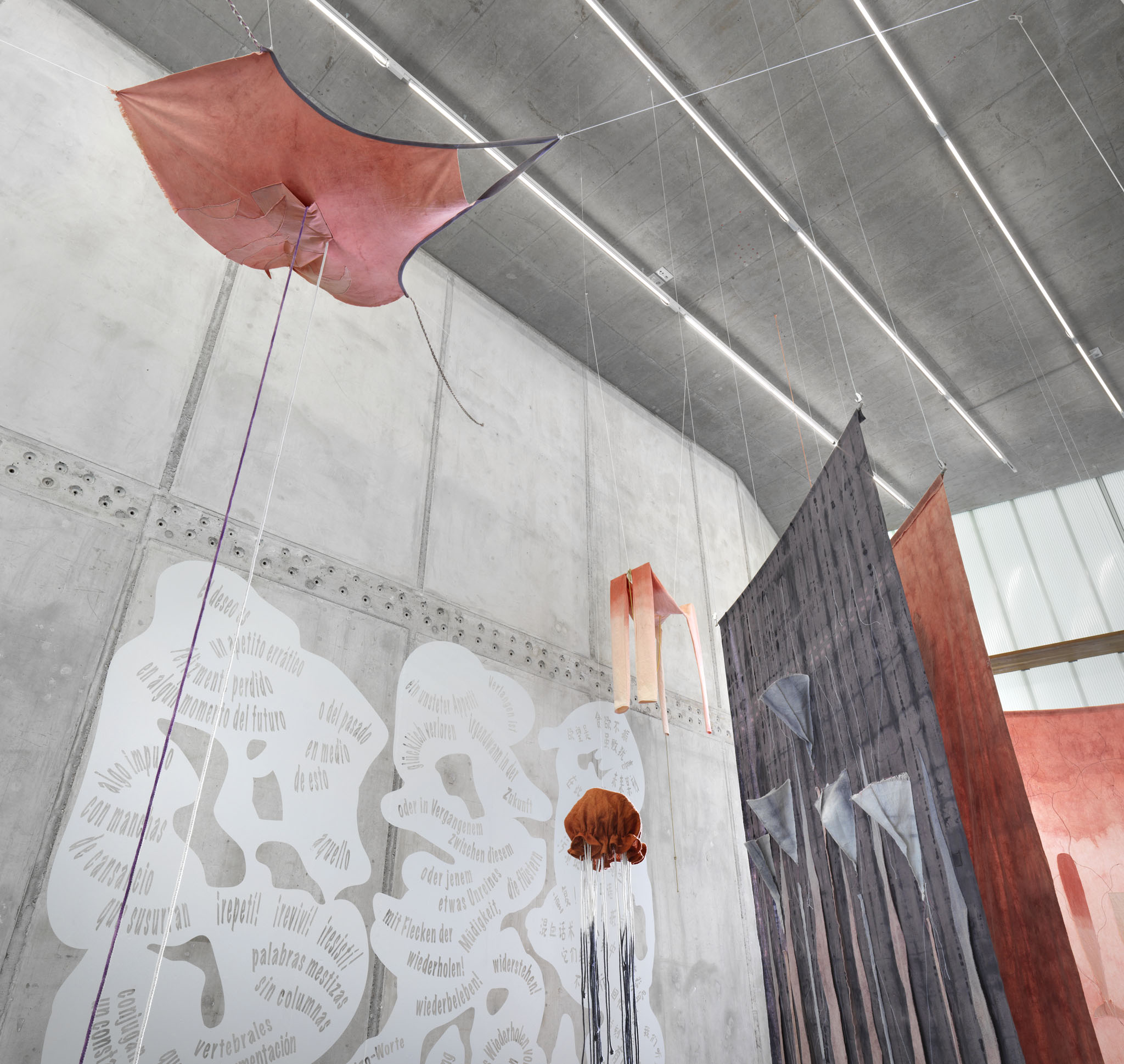 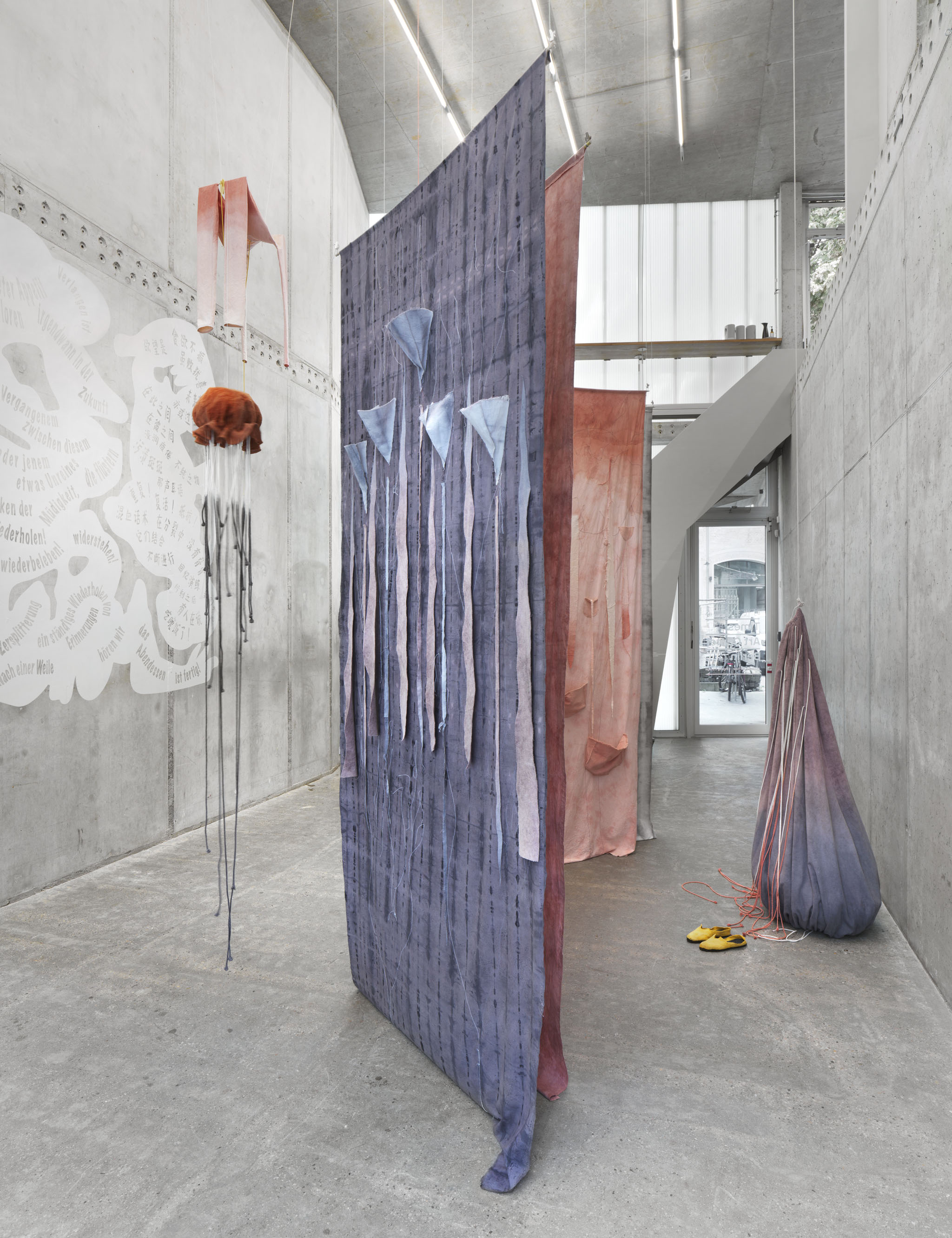 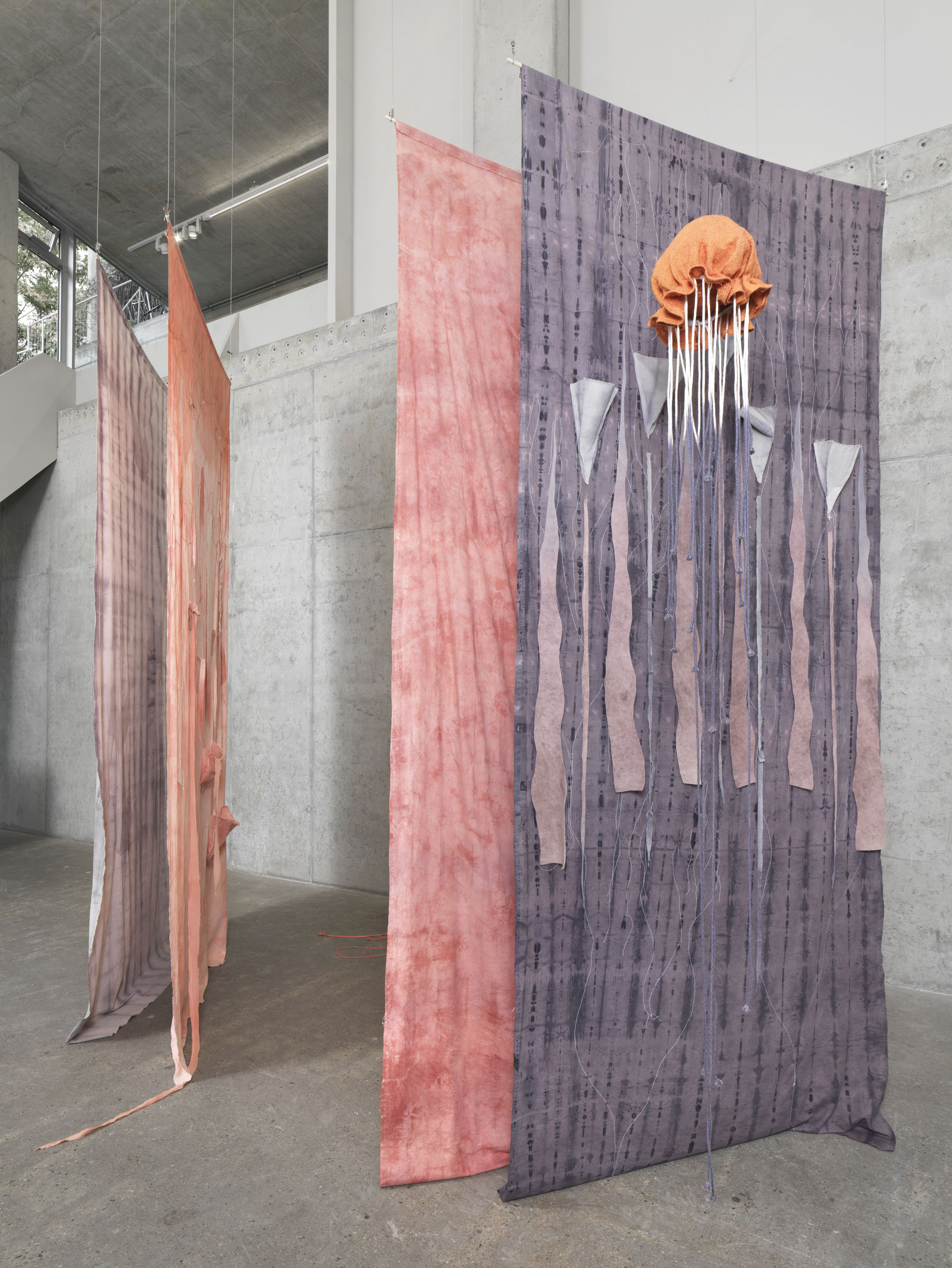 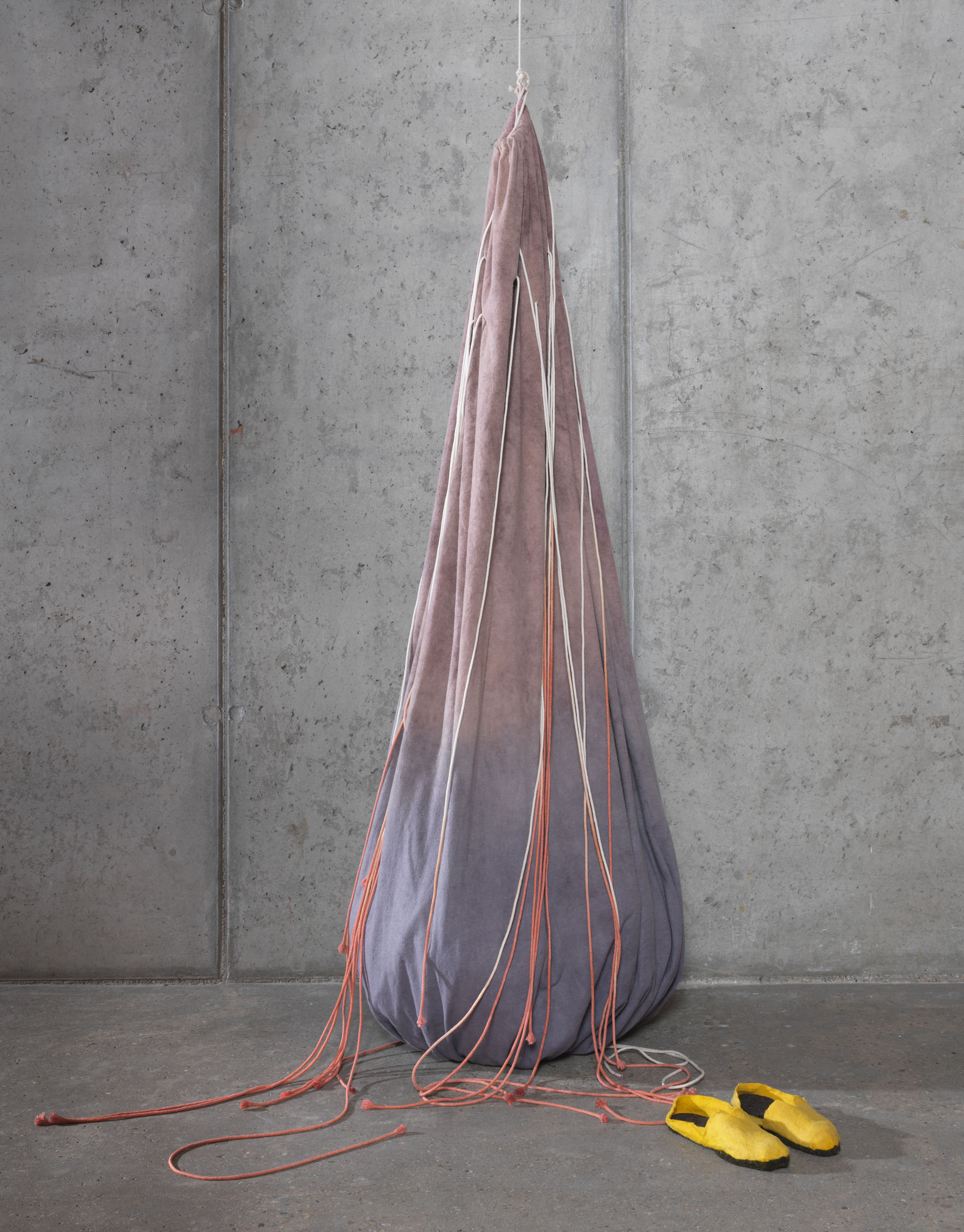 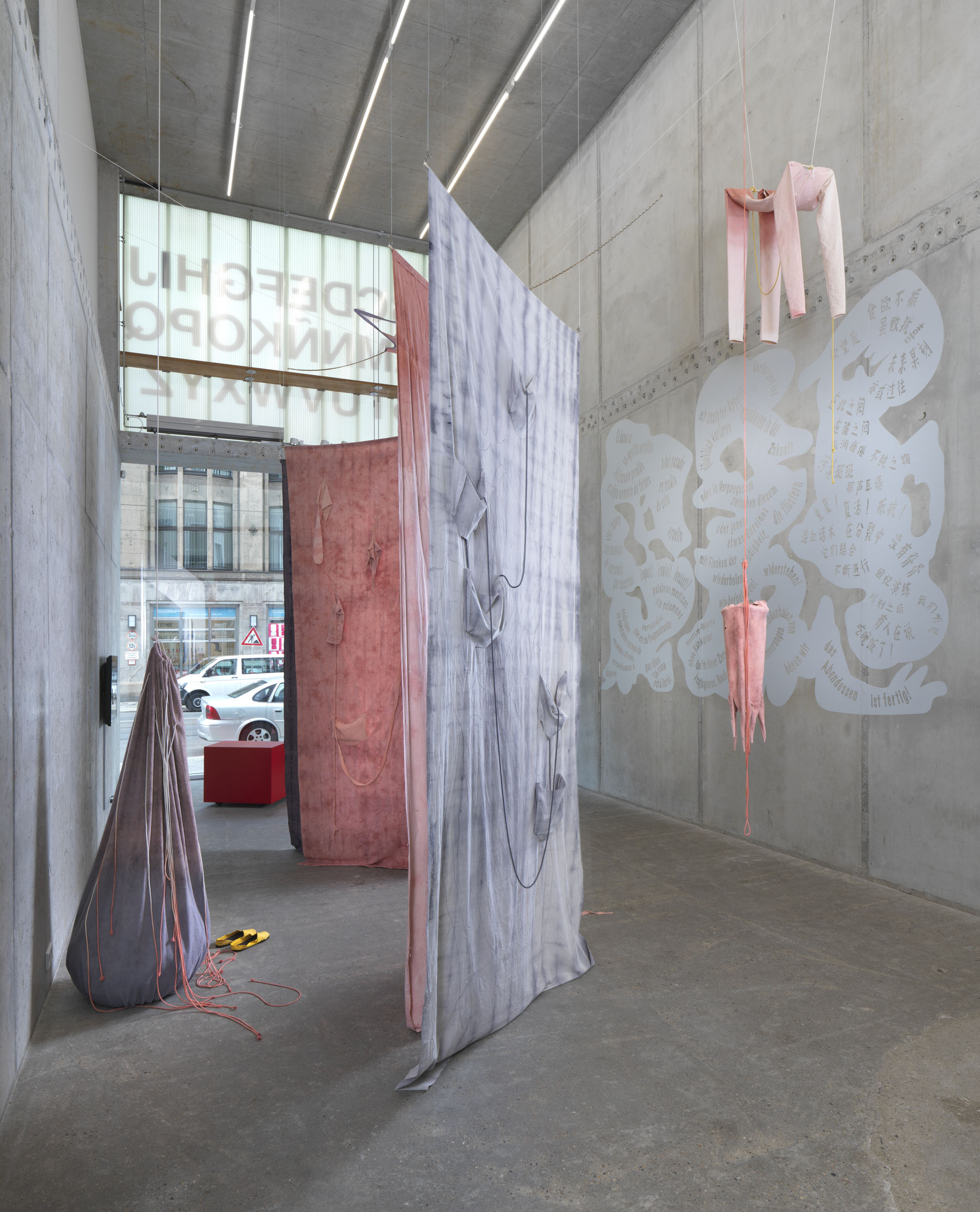